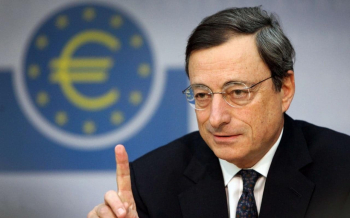 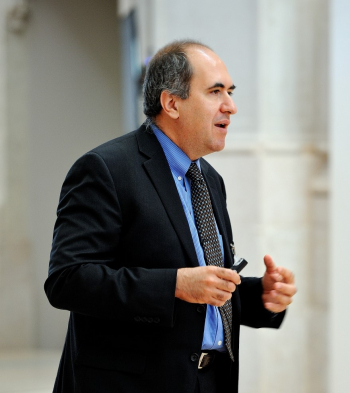 In his speech to an assembly of Nobel Laureates and young scholars in Lindau, Germany, Mario Draghi, the President of the European Central Bank, highlighted Professor Fabio Ghironi’s work on monetary policy. In discussing the relationship between research and policy, Draghi’s speech concluded with a call to action for more research on the role of firm entry and exit in affecting macroeconomic performance, citing Ghironi’s work as an example.

Professor Ghironi’s paper that President Draghi referred to is coauthored with Florin Bilbiie and Ippei Fujiwara and was published in the Journal of Monetary Economics in 2014.  The paper focuses on the implications of producer entry and product variety for optimal monetary policy, and it explores the circumstances in which endogenous entry and variety can motivate optimal deviations from price stability.

Professor Ghironi’s research agenda focuses on the role of producer-level decisions to enter and exit domestic and foreign markets in the propagation of fluctuations and in shaping policymaker incentives.  His work with Marc Melitz (Quarterly Journal of Economics, 2005) and Florin Bilbiie and Marc Melitz (Journal of Political Economy, 2012) has provided the foundation for many theoretical extensions and empirical investigations.  In 2016, Professor Ghironi’s related work with Matteo Cacciatore, Romain Duval, and Giuseppe Fiori was incorporated in a widely reported IMF study of product and labor market reforms (IMF World Economic Outlook, April 2016).  This study motivated policy advice on the timing of reforms and the role of monetary and fiscal policy support that the IMF has been giving since 2016.

Professor Ghironi’s research is available from his website at http://faculty.washington.edu/ghiro/.  He can be followed on Twitter at @FabioGhironi.

Information on the Lindau Nobel Laureates Meetings is available at http://www.lindau-nobel.org/about/ and President Draghi’s speech can be found at http://www.ecb.europa.eu/press/key/date/2017/html/ecb.sp170823.en.html.