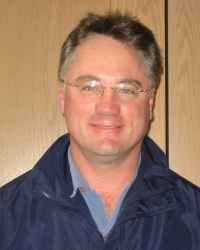 The Department of Economics has lost a beloved member of our community, Teaching Professor Greg Ellis accidently passed on February 22nd.

Greg Ellis spent most of his time in the department as a Principal Teaching Professor, after having being promoted from Senior Lecturer. He taught Intermediate Microeconomics, Introduction to Econometrics, and Natural Resource Economics, among other courses through his many years of service.

As a Teaching Professor, he worked with thousands of students ay UW. He had always been one to connect with his students on an individual level, it was evident to anyone who took a class from him that he cared about his students. Recently, he was recognized for his innovation in pivoting to an online platform during the current pandemic. Students shared that he was able to quickly adapt his teaching style to engage students in the lessons. His loss has been felt greatly by his students, who have gone out of their way to share their amazing experiences and stories about Professor Ellis.

Greg Ellis received his bachelor’s degree in Economics from Oregon State University in 1982. He went on to earn his PhD in 1992 from the University of California, Berkeley, with a dissertation entitled, “Environmental Regulation with Incomplete Information and Imperfect Monitoring.” He started teaching in our department in 1989 while completing his PhD and dissertation, showing from the start his dedication to students. He then served as a Lecturer for Seattle University’s Albers School of Business, before coming back to our department in 2003.

Professor Ellis was recognized for his teaching and impact three times while in our department. He received the Buechel Award for Distinguished Undergraduate Teaching in Economics in 2004 and again in 2013. In addition, he received the Buechel Award for Outstanding Contribution to the Economics Undergraduate Program in 2008, further highlighting his impact on the department.

Greg Ellis was an avid golfer in his time, and served as President to the West Seattle Golf Club. A long time member, he was known around the links as “The Professor,” due to his impeccable grammar and fascinating stories.

If you wish to post a message or memory, Professor Ellis’ family has put together a FaceBook page to honor his life. In lieu of flowers, they have asked that you support one of his passions, Earth Economics. The department has also set up a one-time scholarship fund in his name to be awarded to a student focusing on environmental economics this June.  Please mention “Greg Ellis” when contributing to the Friends of Economics Fund: http://giving.uw.edu/GregEllis.