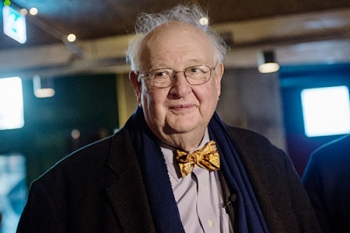 Angus Deaton has been the Dwight D. Eisenhower Professor of International Affairs and Professor of Economics and International Affairs at the Woodrow Wilson School at Princeton University since 1983. His primary research area is in health and well-being and economic development, with recent research looking at determinants of health in rich and poor countries and measurement of poverty. He is a Fellow of the British Academy, the American Academy of Arts and Sciences, and of the Econometric Society, was President of the American Economic Association in 2009, and became a member of the National Academy of Sciences in 2015. A dual citizen in both the U.S. and the U.K., Professor Deaton has previously taught at Cambridge University and the University of Bristol. He completed his BA (1967), MA (1971), and Ph.D. (1974) in economics at Cambridge.

The Nobel committee describes the impact of Deaton's work as follows: "Consumption of goods and services plays a critical role in human welfare. The understanding of these relationships is crucial for designing economic policy. Angus Deaton has examined how the consumption of individuals relates to economic development in society at large. Angus Deaton's research deals with how consumption depends on prices, puts consumption in relation to savings and incomes, and shows how data on consumption can be used to analyze welfare, poverty, and economic development."

Elaina Rose joined the department in 1993 and has been Associate Professor since 2001. She is also Adjunct Associate Professor in the Department of Gender, Women & Sexuality Studies, Faculty Affiliate with the Center for Studies in Demography and Ecology, Associate Faculty Member with the Department of South Asia Studies, and Faculty Affiliate with the Center for Statistics in the Social Sciences. Her research fields include applied microeconomics, labor economics, and development economics. Prof. Rose teaches a graduate course in Applied Microeconometrics and Labor Econometrics as well as undergraduate courses in Economics of Gender, Labor Economics, and Intermediate Microeconomics. Prof. Rose recently completed service on the faculty senate at the University of Washington. She received her Ph.D. in economics from the University of Pennsylvania in 1993.

About the Nobel Lecture

Due to a generous donation from alumna Olga Yang, BA '82, there is no charge for this lecture. This lecture has historically been supported by our alumni outreach organization members, formerly known as the UWEAO (UW Economics Alumni Organization).

The 2013 Nobel Prize lecture was delivered by assistant professor Mu-Jeung Yang, who presented "From Inception to Implementation: Market Design from Labor Markets to Kidney Exchanges," exploring the work of 2012 Laureates Alvin Roth and Lloyd Shapely.