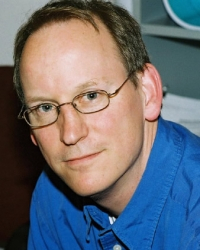 At the end of June, Professor Fahad Khalil ended his second term as the Department Chair. Professor Khalil has served as Chair for the past six years, and in that time he has helped the department grow and adapt. Professor Eric Zivot assumed the position of Chair on July 1st for a five-year term.

Eric Zivot is the Robert R. Richards Professor of Economics in our department, and holds adjunct appointments the Department of Statistics and in the Department of Finance within the Foster School of Business. For the last three years, Zivot has been on leave at Amazon working as a Senior Principal Economist in the Core AI group, and, upon returning to UW, will continue to engage with Amazon part-time as an Amazon Scholar. Zivot’s research interests include Time series econometrics, econometric theory, financial econometrics, and empirical international finance. He received his Ph.D. in Economics from Yale University in 1992, an A.B. in Economics (with honors) and an A.B. in Statistics from The University of California, Berkeley in 1986. We are excited about the expertise and insight that Eric will bring to our Department as Chair.

Khalil and Zivot have worked together throughout their time at UW, and have developed a close friendship as well as working relationship. They have been working together to make the Chair transition as smooth as possible for the Department and Collage. While we will miss the wonderful leadership and bright smile that Fahad brought to the Chair position, we are confident in Eric’s ability to pick up where Fahad left off, and continue to lead our Department forward.