The selection committee for the 2015 awardees announced co-recipients: alumni Gabe Hanzeli (BA '76) and Walt Zabriskie (BA '71). Both Walt and Gabe are actively involved in a variety of department programs and initiatives, and their collective contributions have made a tremendous difference in the department over the years that they have been involved. 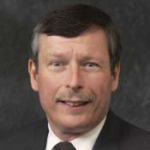 Gabe became actively involved with the Department in 2006 when he was recruited by Kathy Gehrt to join the Economics Visiting Committee. He Chairs EcON: the Economics Outreach Committee, a group of alumni committed to reconnecting 'lost' alumni through social events, academic lectures, and social media interaction both locally and nationally. He was a volunteer during the pilot year of the Economics Mentorship Program and has been a mentor to several students every year since then. As a mentor program committee member, Gabe helps provide strategic oversight for the program and has been instrumental in recruiting new volunteer mentors.

In addition to his work with UW Economics, Gabe is a member of the Foster School of Business Information Systems Advisory Board, board member and Vice President of Competition for the Greater Seattle Soccer League - and an avid player - and an assistant scoutmaster for the Boy Scouts of America. He and his wife Katie live in Kent and have two sons and eight grandchildren. In his free time, Gabe enjoys bicycling, water sports, camping, basketball, skiing, music and sailing. 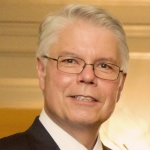 Walt Zabriskie brings over 30 years of extensive domestic and international experience spanning general management, finance, marketing and sales, quality control, and operations management in the manufacturing, printing, real estate, and wholesale/distribution environments. He has spent the majority of his career in closely-held and family owned enterprises with revenues ranging from $10 - 150 million, serving as a member of the board of directors and in various C-level positions (CEO, COO, and CFO). He is currently a Partner with NextLevel, a professional services firm providing executive and board services. Walt earned his BA in economics at UW in 1971 (with Honors), an MBA from Seattle University, and has participated in the Senior Executive Education program at Harvard Business School.

Walt became actively involved with the Department when he was asked to join the Economics Visiting Committee in 2008. After listening to a presentation from the Economics Undergraduate Board about undergraduates' wish for more access to professional mentors, Walt founded the Economics Undergraduate Mentorship Program, which he continues to Chair. Walt's vision for and leadership of the program has led it from modest beginnings with just 18 student mentees four years ago to a flourishing model of student-alumni engagement replicated in various departments and divisions across campus. He continues to mentor our undergraduates each year and actively recruit new alumni volunteers for the program.

In addition to his work with UW Economics, Walt is a Global Business Case Competition judge with the Foster School of Business, a volunteer at Holy Rosary Church women's shelter in Seattle, and is Treasurer of the Board at Amara Parenting, an adoption and foster services agency serving the Puget Sound region. He and his wife Chris live in West Seattle and have two children and one (soon to be two) grandchildren.

Both Gabe and Walt are members of the executive team of the Economics Visiting Committee, which is responsible for the strategic oversight, planning, and direction of committee initiatives and infrastructure. Working closely with department leadership, executive committee members determine priorities and policies governing committee activities, particularly efforts to better engage current members and attract new ones.

Grateful for the Department of Economics' shaping influence in their lives, these devoted volunteers have since transformed it through their long-term leadership and advocacy. Their time, service and philanthropy have encouraged others to similarly support the students, faculty, and programs in the Department, to the great benefit of our many constituents.