UW economics principal lecturer Michelle Turnovsky was one of just eight women admitted to the two-year MBA program at Harvard Business School (HBS) in August 1963 after the faculty voted to allow women applicants. They were a group of "accidental pioneers" at a time when many faculty members had never taught a co-ed class.

Representing just 1% of the class of 668 MBA students that year, the women faced many challenges, not least of which was the rigorous coursework. Female students still lived in housing off site at Radcliffe, or in private residences, making it difficult to participate in study groups and access campus services readily available to the men who lived in HBS dormitories. Moreover, the women had to endure the predictable "What's a nice girl like you doing in business school?" question and prove themselves worthy colleagues to male students who assumed they were there to find "rich husbands." By the early 1970's, HBS women had formed the Women's Student Association, an organization that now thrives: 40% of HBS students today are women. 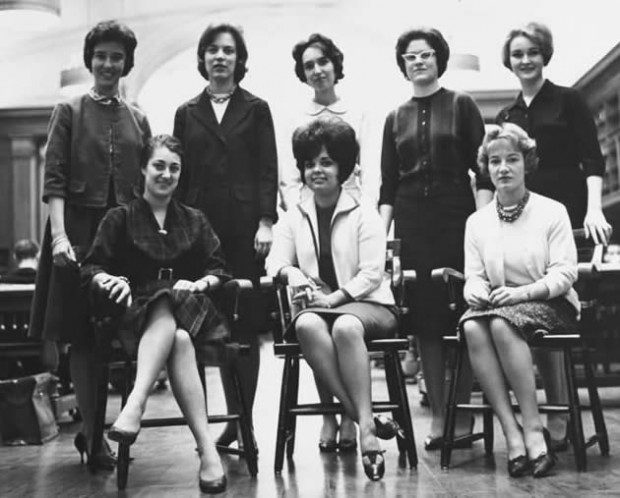 Harvard Business School's original eight women, admitted to the two-year MBA program in 1963 following a decision in 1962 by the HBS faculty to allow women applicants. Michelle Turnovsky is seated left.

With the 2012-2013 academic year marking the 50th anniversary of women's inclusion in the MBA program, HBS is celebrating these eight women and those who came before and after them, "to set an agenda for accelerating the advancement of women leaders who make a difference in the world," (Harvard Business School Celebrates 50 Years of Women in the MBA Program, November 2012).

Born in Neuilly sur Seine, France, Michelle attended Ecole de Haut Enseignement Commercial pour les Jeunes Filles in Paris, completing her certificate of studies in 1963. She was awarded a Fulbright Travel Grant in 1963, funding her travel to Boston. It was during her time at Harvard that she met her future husband, Stephen Turnovsky, who was a doctoral student in economics there and is now professor of economics and chair emeritus of the UW Department of Economics. Michelle and Stephen were married at the Harvard Chapel and have two children. 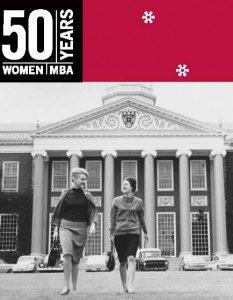 After graduating from HBS, Michelle went on to earn her PhD in economics from Australian National University, Canberra, in 1978, after completing her course requirements and passing her general examinations ten years earlier at Tufts University. In addition to her position as senior lecturer at UW, which she has held since 1990, Michelle has held various visiting scholar and research positions. Her experience includes stints at Wuhan University in China, the University of Pennsylvania, the University of Illinois at Urbana-Champaign, and the University of California, Berkeley.

In an interview about her experience as a pioneering woman MBA student for the HBS alumni newsletter Turnovsky recalls a relatively warm welcome from male students and faculty in that first year: "many of the students were very forward-minded...they wanted to have a woman's perspective for their study group; I was asked to join several of them."