The Department of Economics received three significant gifts this fall recognizing the immense impact of our faculty and graduate student instructors. 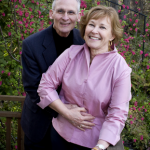 Born and raised in Texas, friend of the Department Dr. Richard Wesley attended Rice University and went on to Johns Hopkins Medical School. He did his residency in internal medicine at the University of Colorado and completed a public pulmonary fellowship at the University of Washington Medical Center. Dr. Wesley remained in the Northwest and practiced pulmonary medicine for nearly 30 years. Upon retirement, Dr. Wesley began taking classes in economics through the ACCESS program, which allows Washington residents 60 or over to audit classes at UW for a fee of $5. Dr. Wesley created the Richard B. Wesley Endowed Graduate Student Support Fund in Economics in 2011 as a measure of his appreciation for the many professors and graduate students in the Department who have enriched his experience and welcomed him into their classrooms. This fall, Dr. Wesley contributed an additional $50,000 to the graduate student support fund, saying of the instructors he has had in the Department, “Their deep understanding of economics and dedication to teaching is a credit to the University of Washington.” 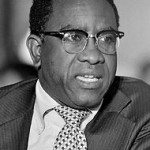 Alumnus Andrew Felton Brimmer, BA ’50, MA ’51, included a gift of $250,000 in his estate plans to fund the Andrew F. Brimmer Endowed Professorship in Economics over the next five years. Dr. Brimmer was the first African-American to serve on the Federal Reserve Board of Governors, under appointment by President Lyndon Johnson, from 1966 to 1974. Dr. Brimmer, who completed his PhD in economics at the Massachusetts Institute of Technology, attended UW on the G.I. Bill after serving at the rank of staff sergeant in the U.S. Army near the end of World War II.  After many years of public service, during which he held a number of high-ranking posts in Washington, D.C. and taught at Harvard University, Dr. Brimmer passed away in late 2012, at the age of 86. While many alumni reflect fondly on their undergraduate experiences, few had Dr. Brimmer’s deep understanding of the financial support needed to sustain and advance outstanding academic programs in the 21st century. 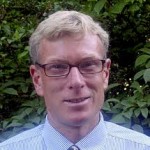 In 2008, friend of the Department Malcolm Goodfellow established the Robert R. Richards Endowed Chair in Economics to honor his uncle and mentor Bob Richards, BA ’61. The Richards Chair is used to enhance the department’s ability to recruit and retain distinguished faculty in the department. With the unusual gift of a house to the University earlier this year, which the University was able to sell, Goodfellow made a gift of $550,000 to create a new professorship in the Department. A UW graduate with BA degrees in Construction Management and Architecture & Urban Planning, Goodfellow made the gift to honor his uncle’s mentorship and leadership as a role model for a younger generation of philanthropists and leaders. Bob Richards has been a staunch supporter and champion of the Department of Economics for many years, as a founding member and former chair of the Economics Visiting Committee, frequent guest lecturer in the undergraduate program, and supporter of a Distinguished Scholar Fund in the Department. Bob was the Department of Economics Distinguished Alumnus in 1999.

The Department of Economics is grateful for the support of all our friends and alumni. Private financial support affords all who benefit from UW services and programs even greater levels of access and opportunity through innovative new programs, funding for student scholarship awards, technology, equipment and improved facilities, and recruitment and retention of the faculty who continue to make this University one of the best in the world.

Private investment also represents an important vote of confidence in the work and the potential of the Department of Economics from our alumni, friends, volunteers, parents, faculty, staff, retirees, and current students. If you are interested in supporting the faculty, students, and programs in the Department, visit support the department.