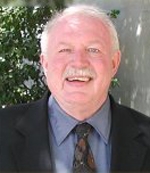 Of his experience at the University of Washington, Borcherding wrote that he "was greatly influenced there by the Chicago School transactions-cost theorist Yoram Barzel and future Nobelist and New Institutional Economics historian Douglass North." Professor Barzel has been teaching in the department for more than 52 years. Professor Emeritus Douglass North won the Nobel Prize in Economics in 1993 and was the department's Distinguished Alumnus in 1994.

Dr. Borcherding was Professor of Economics at Claremont Graduate University in California, where he began teaching in 1983. Prior to that, he taught at Simon Fraser University, the University of British Columbia, and Virginia Tech, among others, and held visiting or post-doctoral appointments at various other institutions. He completed his doctorate in economics at Duke University in 1965, writing his dissertation in a new field called "public choice."

Professor Emeritus Eugene Silberberg, a friend and colleague to Professor Borcherding, describes him as "very erudite, editing Economic Inquiry for many years, and a major part of elevating that journal to high standards. He was a very lively personality, mingling easily with scholars in political science and sociology." He will be missed by many in the profession.