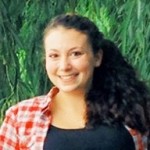 “I saw that Carbon Washington was making an effort to get on the 2016 ballot, and I thought getting involved would be a great way to tie my interests together,” Ladyka said. “I think one of the big things Carbon Washington does is it’s solutions-based, instead of just stating the problem. Since we are so close to B.C. with the tax program, we have solid proof that it is effective, and that it can work here.”

The Carbon Washington reform strives for four key goals: reducing the state sales tax by one full percentage point, funding the Working Families Rebate to provide up to $1,500 a year in state sales tax refunds for 400,000 low-income working households, eliminating the B&O business tax (a tax measured on the value of products, gross proceeds of sale, or gross income of the business) for manufacturers, and instituting a carbon tax of $25 per metric ton of carbon dioxide on fossil fuels consumed in the state of Washington.

“Even in a progressive place like Seattle you get resistance to the word ‘tax,’” Ladyka said. “It’s a great tool that shows if this will actually reduce costs, or show that they might have to pay more, and help them think about ways to reduce their carbon emissions — whether it be by driving less, or using less electricity.”

Carbon Washington is offering Ladyka an opportunity to put her passions to work with real-world applications for her economics training. She’s currently working on policy and outreach for the campaign, as it prepares to collect 300,000 signatures starting March 2015 to get an initiative on the 2016 ballot.

Written by senior Economics major Atoosa Moinzadeh (@amoinzadeh) for our new series "Econ Students on Students," stories by our undergraduate students about some of the interesting and unique things our students are doing.