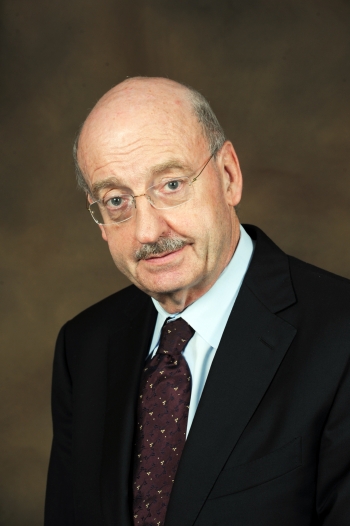 Born in 1943 in Vermont, Makin studied economics at Trinity College in Connecticut, then went on to earn his PhD (1970) in economics from the University of Chicago, studying under Professors Milton Friedman, Arnold Zellner and Robert Mundell.

Makin held teaching positions at the University of Wisconsin, University of Virginia, and University of British Columbia before coming to UW  in 1976 as associate professor. He was made full Professor in 1978, and was Director of the Institute for Economic Research from 1983-1984. During his time in Seattle he also served as a consultant to the International Monetary Fund and the United States Treasury, and was a research associate with the National Bureau of Economic Research.

Makin left UW in 1984 for the American Enterprise Institute (AEI), a Washington, D.C.-based think tank, to serve as the Director of Fiscal Policy. During his time at AEI, Makin would become an influential economic scholar and one of their most prolific writers. He was best known for his monthly report, Economic Outlook, in which he provided commentary on current economic topics and presented his personal research. His most recent post was from February 2015.

Professor Judith Thornton, who has taught in the Department since 1961, noted of him that “[Makin] was a real economist with an incredibly analytic mind. He was expressing his views at the AEI up until very recently. I have read and learned a lot from him.” Another colleague, Professor Emeritus Charles Nelson, said, “John and I were old friends and his death is a real shock and loss.”

Dr. Makin is survived by his wife, UW alumna Gwendolyn van Paasschen, and their daughter.