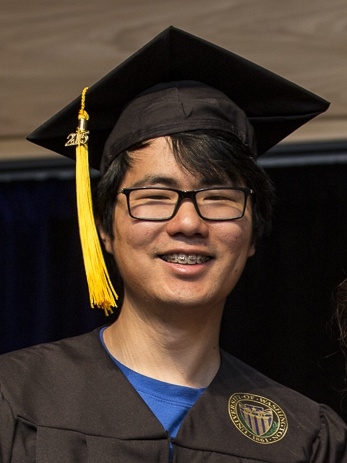 Economics senior Joshua Kim is hardly a fan of sports — but his knack for digging up information about the NFL and its players became his ticket to presenting a preliminary paper at the American Economic Association (AEA) annual conference in Boston this past January - an unusual and noteworthy accomplishment for an undergraduate.

“I was one of a few people under the age of 25 there,” Kim said. “It was a little intimidating, [because] everyone there was a professor or works in industry. It felt weird to be there as a senior undergraduate who’s trying to get a foot in the door, surrounded by all these professors I've read about.”

In April the paper was issued as a National Bureau of Economic Research (NBER) working paper as part of the NBER Bulletin on Aging and Health, and next month it will be published in the American Economic Review's annual Publications and Proceedings issue, which publishes selected papers and discussions of papers presented at the Annual Meetings.

In the paper, "Bankruptcy Rates among NFL Players with Short-Lived Income Spikes" the authors find that a significant number of retired NFL players - nearly 16 percent - file for bankruptcy within 12 years of leaving professional football, and that earning more money or remaining in the league longer had no impact on the likelihood of bankruptcy.

An economics and math double major, Kim spent the past two summers with a research team at Cal Tech, which boasts a top-20 graduate program in economics, studying the decision-making behavior of NFL players.

In the summer of 2013, Cal Tech Behavioral Economist Colin Camerer was searching for an undergraduate fellow to conduct in-depth research for his study “Why do so many NFL players go bankrupt so fast?” Kim had recently spent some time reading Camerer’s books, so the name caught his attention when Kim was searching for summer research opportunities. Reflecting on his selection for the fellowship, Kim said that his experience the previous summer as a political tracker was what distinguished him from other applicants.

“I spent the summer after my freshman year looking up everything from financial statements to criminal records,” Kim said. “I realized that politics was not for me and that economics was more up my alley. Camerer’s study was a great fit for me because he wanted someone who could do some detective work to find information on NFL players. If I had not worked as a political tracker I would probably not have gotten the position.”

The study looked at a question that has already received significant attention from the popular media. “You’ll read Sports Illustrated or ESPN articles that look at these athletes, and they go bankrupt, which is pretty counterintuitive to what you think should happen,” Kim said. “They make millions fast, and then 3 to 5 years out they declare bankruptcy. A lot of people ask, ‘Why is this happening?’”

The paper tracks approximately 1,000 NFL players who were drafted between 1996 and 2003, and who had retired by 2013. Using a variety of publicly available data, the authors analyze the saving behavior of these players using the “life-cycle” hypothesis of saving. Kim explained that one of the central predictions of the “life-cycle” hypothesis is that  individuals smooth their consumption: they save when income is high in order to have higher consumption when income is low, such as in retirement.

“In theory, you should save enough so that your lifetime consumption is mostly constant, so you can avoid a feast or famine situation” Kim said. “Athletes don’t always do this, so this study is a great way to test the theory."

Future research by the authors will focus on causes of athletes’ bankruptcies, such as a lack of training in financial planning, the short-term nature of a sports career, injuries, and other factors such as divorce and pressure to support their families and communities.

With this paper completed, Kim is now working with UW Fisheries Economist Chris Anderson on his honors thesis, exploring how small communities work together to improve group outcomes - research that he will present in May at the UW Undergraduate Research Symposium. Following graduation this June, Kim will head south to begin a PhD program in Economics at Stanford University. He hopes to focus his studies on behavioral and experimental economics to better understand how the decision-making process affects people's financial decisions.

The NFL project was instrumental in helping Kim realize his goal of conducting graduate-level economic research. “I got a lot of good experience and learned the fundamentals in academic research,” Kim said. “I've made so many great connections, and I want that experience to continue.”