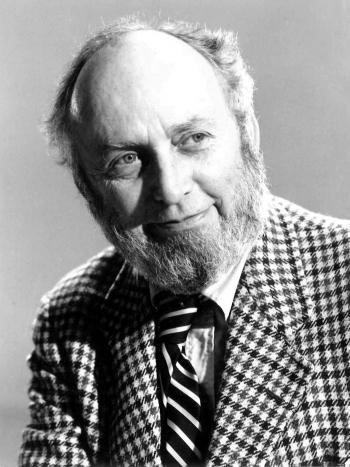 The Department of Economics was deeply saddened to learn of the death of Professor Emeritus and Nobel Laureate Douglass Cecil (Doug) North at his home in Michigan. He was 95.

Professor North was awarded the Nobel Prize in economics with co-recipient Robert W. Fogel in 1993 “for having renewed research in economic history by applying economic theory and quantitative methods in order to explain economic and institutional change.”

Born in Cambridge, Massachusetts in November 1920, Doug North was educated at a variety of schools in the U.S., Canada, and Switzerland. He moved with his family to the Bay Area after completing high school and attended the University of California, Berkeley, majoring in political science, philosophy, and economics. Upon graduation in 1942, North joined the Merchant Marine, where he served for the remainder of World War II and was an instructor in navigation from 1944-1946.

North continued his graduate education in economics at Berkeley, studying under Melvin M. Knight, and wrote his dissertation on the history of life insurance in the U.S. (PhD, 1952). He joined the UW Economics faculty in 1950 as assistant professor, and was promoted to Professor of Economics in 1960, a position he held until 1983. North was chair of the department from 1967-1979 – the longest tenure of any department chair in the history of the department. He also served for five years as Director of the Institute for Economic Research.

At UW, North established the use of complex statistical analysis tools - what is now commonly known as econometrics - to examine both economic and political history. North and colleagues established this new econometric approach as a distinct economic discipline in the early 1960s. Professor North was awarded the department’s Distinguished Alumnus Award in 1994, the only non-alumnus to receive this honor in the award’s 30+ year history.

After 33 years with UW, Professor North joined the faculty at Washington University in St. Louis in 1983, where he remained an active scholar and teacher until recently, when his health began declining. North also served as Director for Washington University’s Center for Political Economy until 1990, and held visiting positions at Rice University, Stanford University, and Cambridge University. He was elected a Fellow of the American Academy of Arts and Sciences in 1987, served as President of the Economic History Association in 1972, was editor of the Journal of Economic History for five years, and was a Senior Fellow at the Hoover Institution.

A colleague of many current and emeritus UW Economics faculty, Professor North had a considerable impact on the department during his time here and long after he left. He is held in great esteem and will be missed.

Douglass North, a pioneer in institutional economics, has died (The Economist). Web. 25 Nov. 2015.