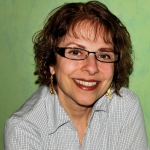 Department of Economics Principal Lecturer Haideh Salehi-Esfahani recently presented a talk at the Persian and Iranian Studies Workshop in the UW Department of Near Eastern Languages and Civilization entitled “The City of Khayyam: Observations from Neishabour, Iran.”

In her talk, Dr. Salehi-Esfahani shared observations and photos of the society, sites, institutions, and changes related to various aspects of life in the city of Neishabour (aka Nishapur) in Iran-- where she grew up.

Neishabour is a city whose origins go back to 4th century AD. It was a major center of culture and commerce during the Samanid dynasty during 9th century AD. The influential mathematician/philosopher/poet of the 11th Century, Omar Khayyam, was born in this town, lived, worked and passed away there. In the 20th century, it has grown from a population of 35,000 to nearly half a million people, in large part due to the expansion of agriculture and industry in and around the city. In the past 15 years, the number of non-governmental organizations in the city has grown by 272%, including women's groups, environmental groups, and cultural/civic groups.

Salehi-Esfahani’s expertise on the evolution of institutions in the Middle East and the role of geography in institutional and economic development has made her a popular speaker at seminars, conferences, and workshops related to these topics. In 2015, she was invited by the Iranian Ministry of Education in 2015 to give a talk to Neishabour’s primary and secondary educators about the American education system. An economist by training, she has nonetheless devoted much of her research and energy to promoting thoughtful public discourse on the culture and history of her home country.

Salehi-Esfahani completed her PhD in economics at the University of Pennsylvania in 1985 and her BSc in mathematical economics and econometrics at the London School of Economics in 1979. Her research interests include development economics and international students. She teaches a variety of courses for the department, including ‘Introduction to Micreconomics’, ‘International Trade’, and a required course for first-year graduate students, ‘Teaching Introductory Economics’. She was a Fulbright scholar at Samarkand State University in Uzbekistan in 1996 and received a shared National Science Foundation grant in 1994.