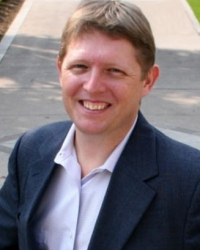 There has been a recent trend among academics to take their talents to the corporate world, especially in the growing tech industry. Professor Pat Bajari serves as an example of such a trend, splitting his time between academia and serving as a Chief Economist and Vice President at Amazon. Bajari’s academic work has been recognized in several ways over the years. Most recently by the Quantitative Marketing and Economics Journal (QME).

The QME’s objective is to help bridge the gap between academia and industry. It was founded with a goal to create more discourse about research, rather than produce research for the sake of research. This year the QME awarded the Dick Wittink Prize to a paper written by Professor Bajari and his coauthors (Chu, Nekipelov, and Park) for their 2016 paper entitled, “Identification and semiparametric estimation of a finite horizon dynamic discrete choice model with a terminating action.”

The paper focuses on the 2008 housing crisis, and the reasons behind why we were unable to see the crisis coming. This area of study can be approached from a macro scale, i.e. the broad impacts to the nation, or from a micro scale, i.e. the personal impacts to individuals. Bajari’s work focuses on building a demand model that can be used to address the overlap of the macro and micro approaches to the crisis.

In addition, Bajari has been appointed to the QME’s Academics in Industry board. The board is a new concept, derived from the recent trend for PhDs finding career paths within the growing field of technology. The tech industry has found that the marrying of applied econometricians or statisticians with software developers creates a greater ability for companies to determine what their customers want and why. The Academics in Industry board was created as a way to keep these two separate fields connected. In addition to Professor Bajari, who represents Amazon, the other members of the board come from Facebook, Netflix and Pandora.

The QME has recently appointed their new co-editors, one of whom is Adjunct Associate Professor Hema Yoganarasimhan. She is an associate professor in the Foster School of Business and an adjunct in the department of Economics.  Her specialization is at the intersection of economics and marketing; a focus of interest for the QME.

Professor Bajari’s outstanding work has also gained him recognition at the federal level. In 2016 he was appointed to the Federal Economics Statistics Advisory Committee (FESAC), with a goal of further understanding the construction of GPD, inflation, and employment rates among other things. He will be presenting some of his finding at a talk in December.

In addition, Bajari’s paper received recognition in 2015 as the runner up for the International Health Economics Association’s Arrow Award. His paper, co-authored with Hong, Khwaja, and Marsh, is entitled, “Moral Hazard, Adverse Selection and Health Expenditures: A Semiparametric Analysis,” and explored the problem of adverse selection and moral hazard.

This quarter, Pat will be giving the Keynote Address at The Institute for Operations Research and the Management Sciences conference in Houston, TX, which is the foremost professional organization in operations research in the nation. More information for the conference can be found here. He will also be giving a department wide seminar at UCLA in November.