Senior Lecturer Melissa Knox is a part of a team of researchers, analyzing the initial results of the 2018 Seattle Sweetened Beverage Tax 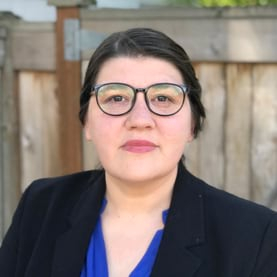 One of Senior Lecturer Melissa Knox’s fields of research is health economics, and she is particularly interested in the impacts of health-related policies on household decision-making. She recently partnered with other researchers from the University of Washington School of Public Health, Public Health Seattle/King County, and Seattle Children’s Hospital to evaluate the impact of the 2018 City of Seattle’s Sweetened Beverage Tax (SBT). The City of Seattle funded the project.

Knox’s work on the project focuses on measuring the impact of the tax on beverage prices, as well as on the attitudes of Seattle residents toward the tax. A key goal of the City of Seattle in introducing the Sweetened Beverage Tax was to improve public health by reducing Seattle residents’ consumption of beverages sweetened with sugar, since sugar sweetened beverage consumption has previously been associated with obesity and chronic disease.  Therefore, understanding whether and by how much the tax raises sweetened beverage prices is a key step in determining the impacts of the tax on consumer purchasing behavior.  Similarly, the public’s attitudes toward the tax, as well as their beliefs about the health effects of consuming sugar sweetened beverages, will play a role in whether the tax works as intended.

Although the tax is paid to the City by beverage distributors and not retailers, Knox and the other team members found that, ultimately, most of the tax is being passed on to retail consumers, in the form of higher shelf prices for taxed beverages.  They also found that on average, the price of non-taxed beverages increased as well, due to price increases on items like diet sodas, diet sports drinks, and some bottled teas, in spite of the fact that these beverages did not fall under the purview of the tax.

Knox, along with project leader Jessica Jones-Smith of the UW School of Public Health, and the rest of the research team, further sought to collect data on the attitudes of Seattle residents regarding the tax. They analyzed data collected from household surveys of residents of Seattle and a comparison area in order to understand the tax payer’s attitude toward the tax as well as their overall beliefs about the effects of sweetened beverage consumption on health. This data was collected right before the tax was enacted, and again, about two years later. They found that the majority of Seattle respondents were in favor of the tax and believed it would have a positive effect on public health and finances overall.  They are currently in the process of determining whether exposure to the tax affected those attitudes using their latest round of collected data.

Knox, Jones-Smith, and many other researchers will continue to collect and analyze data over the next several years, further clarifying the impact of the tax as time goes on. Knox plans to continue investigating the effects of Seattle’s tax, as well as the effects of sweetened beverage taxes in other U.S. cities, on other economic outcomes, including family finances and beverage retailer behavior.

Senior Lecturer Melissa Knox teaches courses in microeconomic theory and its applications. She received her PhD from the University of California, Berkeley in 2008. She came to UW in 2009 as a Research Associate with the Evans School of Public Policy and Governance. Knox was hired in our department in 2011, and was promoted to Senior Lecturer in 2018. She is also a Research Affiliate in the UW’s Center for Studies in Demography and Ecology, an organization that has partially funded Knox’s Sweetened Beverage Tax research.