The 2021 Nobel Prize in Economics 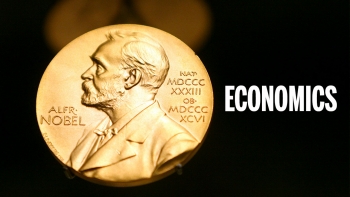 The Royal Swedish Academy of Sciences has award the Sveriges Riksbank Prize in Economic Sciences in Memory of Alfred Nobel 2021 jointly to David Card of the University of California, Berkeley; Joshua Angrist from the Massachusetts Institute of Technology; and Guido Imbens from Stanford University. One half of the prize was given to Professor David Card “for his empirical contributions to labor economics.” The other half was divided equally between Professors Joshua Angrist and Guido Imbens “for their methodological contributions to the analysis of causal relationships.”

These three economists have been able to contribute greatly to the analysis and interpretation of natural experiments; allowing for a framework to look at data that was previously difficult to interpret. Natural experiments do not allow for the controls which an economist would typically apply. Because they are based off real-life events, the specific impact of a test may be muddled but unknown outside influences, making it nearly impossible to draw causal influence.

“Card’s studies of core questions for society and Angrist and Imbens’ methodological contributions have shown that natural experiments are a rich source of knowledge. Their research has substantially improved our ability to answer key causal questions, which has been of great benefit to society,” reports Peter Frederickson, chair of the Economic Sciences Prize Committee. In this way, Card, Angrist, and Imbens have been able to apply cause and effect as they could in a controlled experiment.

The Sveriges Riksbank Prize in Economic Sciences in Memory of Alfred Nobel is awarded each fall to a scholar or scholars who have made field altering advancements in their work. For the full press release, please visit https://www.nobelprize.org/prizes/economic-sciences/2021/press-release/.

Next May, Associate teaching Professor Melissa Knox and Robert Richards Professor and department Chair Eric Zivot will discuss the laureates work in our annual Nobel lecture.  Stay tuned for an announcement at the beginning of the Spring quarter.