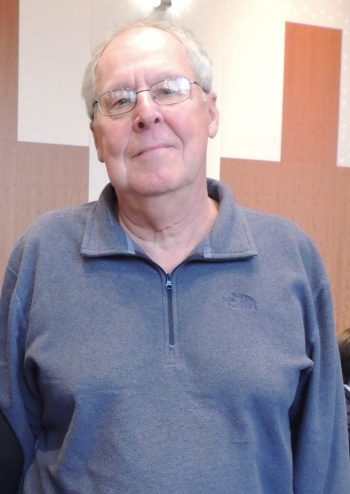 It is with great sadness that I am reporting that Professor Neil Bruce passed away on December 16th after a long illness.

Neil Bruce, joined the Department of Economics in September 1990, initially as a Visiting Professor. During that year he assumed a permanent position as Professor of Economics that he held until his retirement in 2015.  From 2001-2006 he served as Chair of the Department.

Neil’s field of specialty was public finance, although his interests and expertise were broadly based, both within that field and extending well beyond.  He published widely on taxation, public goods, social security, and welfare in a broad range of professional journals and books.  Much of his earlier work was with his former colleagues Robin Boadway, Michael Waldman, and Richard Harris, appearing in the most prestigious journals such as the American Economic Review, Quarterly Journal of Economics, and Journal of Political Economy.  After joining the UW he frequently collaborated in his research with other department faculty members, including Robert Halvorsen, Stephen Turnovsky, and Kar-yiu Wong.  Most recently, Neil co-authored several papers using computational demographic models of economic growth.  His final publication was his joint paper with Stephen Turnovsky studying the impact of social security on economic growth that appeared in the Journal of Public Economics, shortly before his retirement.  His book and monograph publications included his widely adopted book, coauthored with Robin Boadway, Welfare Economics (Blackwell, New York, 1984) and more recently Public Finance and the American Economy (Boston: Addison-Wesley, 1998, 2002), which considers the government’s role in a market economy.

Among his professional associations and service, Neil served as a member of the Governor’s Council of Economic Advisors, the Prosperity Partnership Steering Committee on Tax Reform, the Washington State Tax Structure Study Committee, and the American Economic Association National Tax Association. He received grants to study the reform of the Canadian federal tax system, acted as a consultant to various governments and businesses, and served as a reviewer or referee for a number of peer- reviewed journals in the U.S. and internationally.

Neil taught courses primarily in public finance at both the undergraduate and graduate levels, focusing in recent years on Expenditure Policy and Tax Policy (ECON 450 and 451). Both courses apply microeconomic theory to the analysis of government expenditures and taxation. He also taught courses in international monetary economics, international monetary theory, international trade theory, and monetary theory, among others.  Additionally, over the years he served as chair or member on more than 25 thesis committees.

Neil’s forte was to bring an acute mind to address important economic issues, to which he would offer great insight with his probing questions.  He did not rely on high-powered technical machinery, but simply on basic economic intuition with which he was well endowed.  Having had the pleasure of working with him on several projects over the years, I saw this at first hand.  But in addition to being a first rate scholar he was a humble, kind, person, always caring about his colleagues, and particularly his students.  Whether as Chairman, thesis advisor, or colleague, he was a real mentor.

With its combination of scholarship, administration, and public service, Neil Bruce’s career serves as an exemplary role model for any aspiring academic.  His passing is a great loss, not only to the department, but also to the profession. He will be sorely missed by us all.