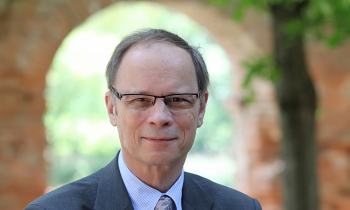 Jean Tirole is Scientific Director at the Institut d'Economie Industrielle (IDEI) at the Toulouse School of Economics in Toulouse, France. He was awarded the 2014 Sveriges Riksbank Prize in Economic Sciences in Memory of Alfred Nobel "for his analysis of market power and regulation." A French citizen, Tirole was born in 1953 in Troyes, France. He completed his Ph.D. in economics in 1981 at the Massachusetts Institute of Technology.

Jean Tirole is one of the most influential economists of our time. He has made important theoretical research contributions in a number of areas, but most of all he has clarified how to understand and regulate industries with a few powerful firms.
- excerpt from Market Power and Regulation [Information for the Public, NobelPrize.org]

About the Nobel Lecture

Due to a generous donation from alumna Olga Yang, BA '82, there is no charge for this lecture, but seats are limited. If you'd like to attend, please register online. This lecture has historically been organized by our alumni outreach organization members, formerly known as the UWEAO (UW Economics Alumni Organization).

The 2013 Nobel Prize lecture was delivered by assistant professor Mu-Jeung Yang, who presented "From Inception to Implementation: Market Design from Labor Markets to Kidney Exchanges," exploring the work of 2012 Laureates Alvin Roth and Lloyd Shapely.