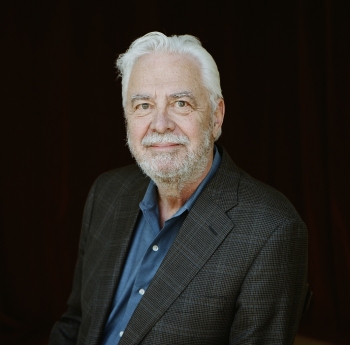 Established in 1985, the Department of Economics Distinguished Alumnus award recognizes an alumnus whose professional achievements and cumulative contributions have brought personal distinction, enhanced the profession, improved the welfare of the general public, and brought honor to his or her alma mater.

Selected by the executive committee of the Economics Visiting Committee, this year’s 30th anniverary honor goes to Dr. Richard Sutch, Edward A. Dickson Distinguished Emeritus Professor of Economics at the University of California, Riverside and Berkeley. Dr. Sutch is also a research associate at the National Bureau of Economic Research (NBER).

While an undergraduate at UW from 1960-1963, Dr. Sutch studied with 1993 Nobel Laureate Professor Douglass North, who was himself honored as the UW Economics Distinguished Alumnus in 1994. Dr. North, the only emeritus faculty member to receive this award in the department, taught at UW from 1952-1983, serving as Department Chair from 1967-1979.

Dr. Sutch went on to earn his doctorate in 1968 at the Massachusetts Institute of Technology under thesis adviser, and 1985 Nobel laureate, Franco Modigliani, writing his dissertation on "Expectations, Risk, and the Term Structure of Interest Rates". From 1967-1998 he held faculty appointments at the University of California, Berkeley, as well as Visiting Scholar or Affiliate Faculty appointments at CalTech, UC Davis, and NBER.

From 1988 - 1998 Dr. Sutch was Director of the Institute of Business and Economic Research (IBER) at Berkeley, where under his leadership the Institute grew from modest beginnings to comprise six research centers and dozens of faculty members directing individual research projects. In 1999 Dr. Sutch joined the faculty at UC Riverside as Distinguished Professor of Economics where his spouse, Emeritus Professor of Economics Susan B. Carter, was also a tenured faculty member. Professors Sutch and Carter both retired in 2009.

Dr. Sutch is an economic historian whose various publications, particularly those on American slavery and emancipation, have earned him much acclaim. He has written on the history of saving, trends in retirement, U.S. macroeconomic history, financial history, the economic consequences of immigration, and the methodology of quantitative economic history. Dr. Sutch's most recent research continues to be broad in scope, with one paper considering the introduction of hybrid corn in the U.S. during the Great Depression and another paper looking at the impact of minimum wage laws on high school attendance.

Dr. Sutch is past President of the Economic History Association, from whom he was awarded the Arthur H. Cole Prize for the Outstanding Article in The Journal of Economic History for his article “Labor of Older Americans” in 1986. He is a member of a number of scholarly and professional organizations, including the American Economic Association, the American Historical Association, the Cliometric Society, the Economic History Society, and others. His books Reckoning with Slavery and One Kind of Freedom were selected as Outstanding Academic Book of 1976 and 1977, respectively, in North American History by the editors of Choice.

The distinguished alumnus gives the commencement address at the department’s annual graduation ceremony, scheduled for Wednesday, June 10, 2015 at 3:00 p.m. in the Husky Union Building.