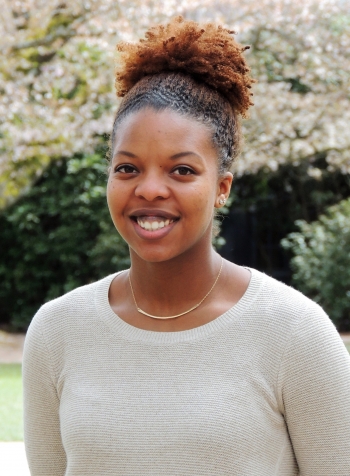 Fourth-year PhD student Theresa Henry will be taking an eight-month break from her research and teaching later this year to wander across three continents and through eight countries as a recipient of the 2017 Bonderman Travel Fellowship.

Established in 1995, the fellowship aims to expose students to the intrinsic, often life-changing, benefits of international travel by providing $23,000 to students to fund the adventure of a lifetime as they engage in independent exploration and travel abroad. Fellows are required to travel solo, for eight months, to at least two regions of the world with which they are not already familiar.

To foster individual transformation, fellows may not participate in a program or organization, engage in formal study at a foreign university, conduct research or other academic projects, or travel with an organized group during their fellowship.

Theresa’s itinerary will allow her to explore the cultures and engage with the people in Singapore, Indonesia, South Africa, Tanzania, Ethiopia, Morocco, Brazil, and Colombia.

In addition to exploring ethnic, economic, and geographical diversity, Theresa wants to experience the multidimensionality among underrepresented groups that is often portrayed as a single story. She is excited to face travel’s unexpected situations that will challenge her to be resourceful, creative, and ultimately learn more about herself.

Theresa came to UW from her home state of Georgia, where she attended the University of Georgia and completed her BA and MA in economics. Her research interests include applied econometrics, international trade, and macroeconomics. She has taught several sections of the popular introductory macro and micro courses, Economics 200 and 201.