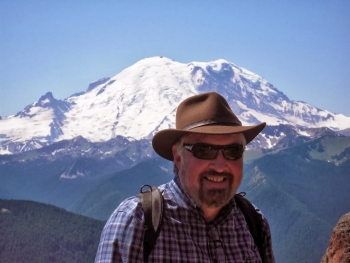 Starting Spring Quarter 2014, a course on “machine learning economics” (ECON 484: Econometrics and Data Science) will be offered to undergraduate and graduate level economics students at the University of Washington.

The term “machine learning” may not ring a bell, but it’s a form of artificial intelligence that many encounter on a daily basis. When Google guesses what you want to search before you finish typing, or when Netflix knows what films to suggest to its users, that’s machine learning at work. It’s the backbone of some of the most popular internet-based firms.

The course is taught by Amazon Principal Economist and UW Economics Affiliate Professor Gregory Duncan, and is among the first of its kind in the United States. “Machine learning is revolutionizing how we are handling large data,” Duncan said. “Economists need to know how to handle large data sets, and machine learners need to learn how to model data.” Last November, he previewed the need for such an approach at the Economics Undergraduate Board’s Memorial Paul Heyne Seminar on the influence of computer science and machine learning on economics in the professional world.

A Seattle native and UW economics alumnus (BA '70), Duncan holds a PhD in economics and an MA in statistics from the University of California at Berkeley. With Amazon since 2012, Duncan has previously taught at a number of universities, including Northwestern and Berkeley; led a science group at Verizon Labs that included some of the leading lights in machine learning; and was a partner and practice head at a number of major consulting firms.

Duncan says the primary goals of this course are to apply machine learning to economic problems and to prepare students for jobs that require “analytics” and “big data” methods. Duncan notes that firms are increasingly implementing these cross-disciplinary big data methods, and that students need to move outside traditional curricula to prepare for the coming job market. Luckily, these skill sets, typically within the domain of advanced degree economists, statisticians or computer scientists, are as easily taught as standard undergrad-level econometrics. “The next set of jobs, I predict, are going to intersect computer science, statistics, and economics,” Duncan said. “I want to be involved in developing courses that launch students to do just that.”

Still open for registration, the course has 33 seats and counts for 5 credits under the Natural World general education requirement. Students are required to have taken ECON 482: Econometric Theory and Practice, with ECON 483: Econometric Applications strongly recommended.