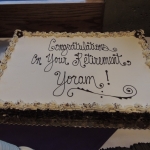 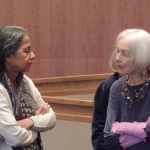 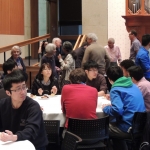 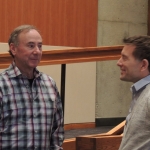 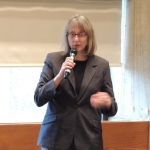 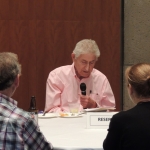 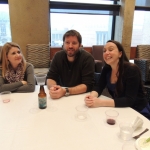 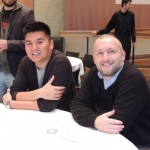 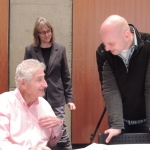 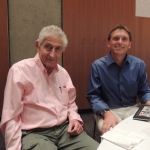 When Yoram Barzel was a teenager in Israel in the late 40’s, newspapers’ columns about economics sparked his interest in the subject. After spending a brief time in a kibbutz – an agricultural collective – following the Israeli Independence War, he discovered his calling, and went to study economics at the Hebrew University of Jerusalem.

“I started taking economics and quickly realized that classroom economics was very different from the economics in newspapers, and I grew to like the classroom version,” Barzel said.

In the summer of 1961 Barzel was hired by the Department of Economics as an assistant professor to teach microeconomics and econometrics, joining a faculty corps that included would-be Nobel Laureate Douglass North and Don Gordon. A year later he was joined by Walter Oi. Another new assistant professor, Judith Thornton also started teaching in 1961, and 53 years later she, too, is still teaching in the department.

Professor Barzel has published dozens of influential works, first on estimation of cost and production functions, later moving into property rights and transaction costs, and more recently also delving into political economy. He has written four books, the most recent being: A Theory of the State: Economic Rights, Legal Rights, and the Scope of the State (Cambridge UP 2002). His Economic Analysis of Property Rights (Cambridge UP 1989) is in its second edition and has been translated into Chinese and Japanese.

Barzel feels that the environment at UW has been especially conducive to producing work in his field, and most productive was his extensive association with Professor Steven Cheung. “I had a deep friendship with him. I also interacted with other faculty and students who worked on price theory and property rights,” Barzel said. He has also collaborated extensively with Associate Professor Levis Kochin. Together, they published “The Nature of Social Cost as a Key to the Problem of the Firm"" in the Scandinavian Journal of Economics in 1992.

Barzel will continue to teach one course each year during the Autumn quarter, and will continue to work on a diverse set of problems and issues as he prepares to retire, including issues of the firm, of securitization, and of married women’s rights. “I don’t really have many hobbies, and besides a love for classical music, my work is what absorbs me,” he said.