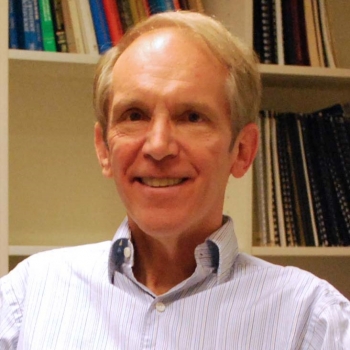 The Department of Economics is delighted to welcome four distinguished economists to the faculty whose research areas augment efforts to strengthen our competitive advantage in the popular areas of empirical microeconomics and applied econometrics.

Dong Jae Eun will join the department as a tenure-track assistant professor beginning autumn 2016. Eun expects to complete his Ph.D. in economics this June at the Massachusetts Institute of Technology, where his fields of specialization are industrial organization and theory. At MIT, Eun has been a teaching assistant in graduate courses on game theory, econometrics, and topics in industrial organization. His dissertation is “Market Imperfections and Market-based Policy Instruments.” Prior to MIT, Eun completed his MA in economics (2010) and BS in economics and electrical engineering (2009), summa cum laude, at Seoul National University, where he was both a teaching assistant and a research assistant. Dong Jae was one of 12 finalists on the Korean team for the International Mathematical Olympiad in 2001.

Jacob LaRiviere joins the department as affiliate professor and will be co-teaching an undergraduate course on industrial organization with Justin Rao (see below) beginning spring quarter. Most recently at the University of Tennessee, where he was assistant professor, LaRiviere taught graduate and undergraduate courses in environmental economics and policy, among others. He is a senior researcher at Microsoft with Preston McAfee's group in the Office of the Chief Economist, where he uses applied theory to inform microeconomic and experimental empirical techniques. His main research interests are industrial organization, environmental and public economics, and behavioral economics. LaRiviere is also a Fellow for Energy and Environmental Policy at the Baker Center for Public Policy (Tennessee). LaRiviere completed his Ph.D. (2010) and MA (2006) in economics at UC San Diego and his BA (2003) in economics at UC Berkeley. In 2015 LaRiviere received a grant from the U.S. Department of Homeland Security as Principal Investigator for The Economic Value of Water Infrastructure Resilience.

Justin Rao also joins the department as affiliate professor, and is a senior researcher with Microsoft Research, where he has taught workshops on pricing theory and price discrimination, establishing a data-driven culture, business statistics and experimental methods for business. His research areas include e-commerce and digital advertising, media economics, and behavioral economics and decision making. Rao has published in the Quarterly Journal of Economics and has a paper forthcoming in the Journal of Political Economy. His work has also received media coverage from outlets including the Wall Street Journal, The Atlantic, and Slate. Rao completed his Ph.D. in economics (2010) at UC San Diego and his BA in economics and philosophy (2005), with honors, at the University of North Carolina at Chapel Hill.