PhD Alumna Appointed to Senior Position in the United Nations 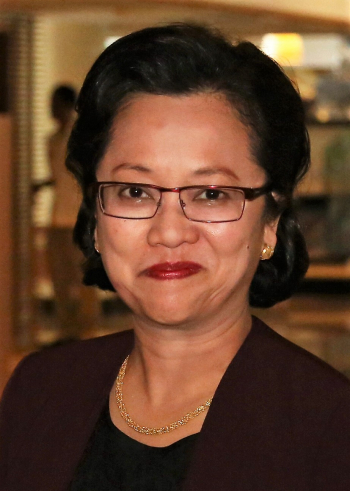 Dr. Armida Salsiah Alisjahbana (PhD '94) has been appointed as Executive Secretary of the United Nations Economic and Social Commission for Asia and the Pacific (ESCAP). The announcement was made September 13 by UN Secretary-General António Guterres.

ESCAP was founded in 1947 to encourage economic cooperation between its member states, which currently includes 49 nations in the region as well as the US and three European countries. Together, the member states comprise more than two-thirds of the world's population. ESCAP's special regional focus is in managing globalization through programs in environmentally sustainable development, trade, and human rights.

Dr. Alisjahbana's dissertation research examined the economic issues surrounding schooling in her native Indonesia, such as pricing, school quality, and the allocation of resources within households, and was completed under the supervision of Prof. Anil Deolalikar (currently Dean of the School of Public Policy at UC Riverside). She previously earned degrees from Universitas Indonesia and Northwestern University. Since completing her PhD, Dr. Alisjahbana has held a large number of academic and governmental positions, including Professor of Economics at Universitas Padjadjaran, Vice Chair of the Indonesian Academy of Science, Minister of National Development Planning, and Alternate Governor of the World Bank, to name just a few.

The Department of Economics congratulates Dr. Alisjahbana on this prestigious appointment!