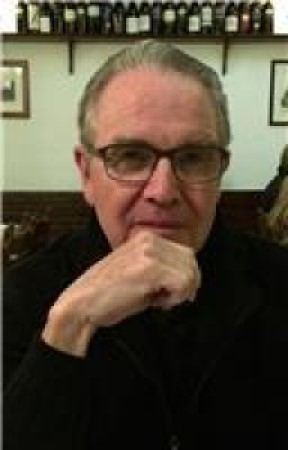 James Parker Sroufe (Parker) was born on March 23rd, 1941 in Pasco Washington. He graduated from the University of Washington with a BA in economics in 1963, and was a member of the Theta Chi fraternity.

Parker was one of the founding members of the department’s Visiting Committee (VC) in 1987, and served as the first chair of the committee. With his help, the VC has come to be seen as the crown jewel of alumni groups throughout the college. Parker was honored at the 2017 VC Summer Social for his years of service to the department, where he was named one of the first Emeritus members of the VC.

The Department selected Parker as the Distinguished Alumni and graduation speaker in 1993, for his work as Chairman of the WebSea Group. In that same year, Parker created the J. Parker and Evelyn Cruz Sroufe Endowed Fund in Economics Scholarship. This award is given each year to a student who has achieved a level of academic merit, and who have a financial need or are part of an underrepresented group.

Parker passed away on March 29th, 2019, due to complications from Parkinson’s Disease. He is survived by his wife, Evelyn and his brother, John. To read his obituary, please click here. Information for Parker's Memorial Service is as follows: