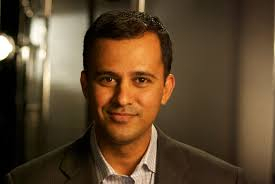 Ramanan Laxminarayan is the director of the Center for Disease Dynamics, Economics & Policy (CDDEP), which he founded in 2009. The CDDEP is headquartered in Washington, D.C. and New Delhi, with the mission to "produce independent, multidisciplinary research to advance the health and well-being of human populations in the United States and around the world."

Laxminarayan holds several positions at Universities throughout the world. He is as a senior research scholar and lecturer at the Princeton Environmental Institute at Princeton University, an affiliate professor at the UW department of Global Health and a visiting professor at the University of Kwazulu Natal.

From 2003-04, Laxminarayan served on the National Academy of Science/Institute of Medicine Committee on the Economics of Antimalarial Drugs, which lead to the creation of the Affordable Medicines Facility for malaria. The facility is a financing mechanism with a goal of increasing access to anti-malaria medication. Because of this, Laxminarayan has advised the World Health Organization and World Bank on evaluating malaria treatment policy, vaccination strategies, the economic burden of tuberculosis, and control of non-communicable diseases. Laxminarayan was made a member of President Obama’s Council of Advisors on Science and Technology’s antimicrobial resistance working group during that administration, and he still serves as a voting member of the U.S. Presidential Advisory Council on Combating Antimicrobial Resistance.

Ramanan is perhaps most popularly known for his widely-viewed TED talk, “The coming crisis in antibiotics” which he gave in 2014. The talk, which focuses on the history of antibiotic usage and understanding drug resistance, can be viewed through the following link: https://www.ted.com/speakers/ramanan_laxminarayan.

Ramanan recently gave a webinar on integrating economics and epidemiology to fight COVID-19, which can be viewed here. The slides are also available for download.

We hope to still be able to welcome Laxminarayan to give the keynote address for the Department’s Graduation celebration in some form. The University is closely monitoring the changing COVID-19 situation, and the Department will continue to follow their recommendations for events, such as Graduation.