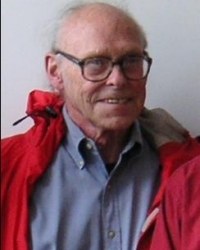 It is with great sadness that we announce the passing and remember the contributions of our friend and colleague Professor Emeritus Gardner Mallard Brown. He served at the University of Washington for the entirety of his academic career from 1965 until he retired in 2001. During that time, he served as the Chair of the Economics Department and as Director of the Institute for Economic Research. Post retirement he served as a University Fellow at Resources for the Future. He was awarded an honorary doctorate from the University of Gothenburg in 2001, and named a Fellow of Association of Environmental and Resource Economists in 2007.

Gardner’s undergraduate education was at Antioch College (A.B. 1959), an institution whose co-op job program he credited to leading him towards economics. As part of his undergraduate education, he had the good fortune to work with an early leader in the field of Natural Resource and Environmental Economics, John Krutilla, at the then newly formed Resources for the Future. This experience, in part, led him to UC Berkeley Economics and agricultural Economics and his doctorate in 1964. After that Gardner took a year to explore the world with the eyes of a budding but soon to be influential economist.

Gardner’s impact upon the field of Natural Resource and Environmental Economics was both diverse and profound. He published in the leading journals of economics while constantly searching for challenging problems that were both mathematically demanding and policy relevant. Gardner sought problems that could affect real outcomes with a keen attention to institutional challenges. He was often one of the first few to employ new techniques such as the Contingent Valuation Method, or Stated Preference Method, and developed the Hedonic Travel Cost Method. His work in bioeconomic modeling was foundational. Among his many contributions to bioeconomic modeling were his work on Waterfowl and Wetlands which empiricizied a dynamic model of renewable resource for mallard (his namesake species) ducks. This paper won the Association of Environmental and Resource Economists Publication of Enduring Quality Award (2007). In his work on waterfowl Gardner developed a very productive relationship with natural scientists, among the first economists to do so. He enjoyed and cultivated such interdisciplinary relationships throughout his career -- something for which he was well known and respected.  Gardner wrote papers on topics that others might have viewed as unconventional such as barnacles, ducks, antibiotic resistance, spotted owls, black rhinos, etc. His work paved the way for entire bodies of literature that built on the foundation of his approach to economics that was mindful of biological dynamics and constraints.

In his retirement Gardner never truly retired. He was a great mentor to many young scholars around the world. His enthusiasm for the field never waned. When he died surrounded by family there were three papers in progress on his desk. These were papers with young scholars on topics that continued Gardner’s fundamental endeavor and gift to the field in both modeling natural resources and on valuing them: eucalyptus trees, sharks, and valuation for African parks. To those who knew him they would say that these were classic “Gardner” topics. His infectious curiosity was familiar to anyone who had the fortune of crossing his path.  Gardner will be forever missed.

Ramanan Laxminarayan is the Director of the Center for Disease Dynamics, Economics & Policy (CDDEP) in Washington, DC.
David Layton is a Professor of Public Policy and Governance, and Adjunct Professor of Economics at the University of Washington.