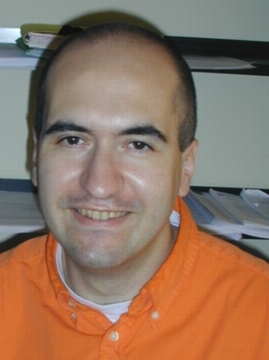 An officer of CEBRA since March 2015, Professor Ghironi was appointed to an open-ended term by CEBRA President Raphael Auer, Deputy Head and Economic Advisor of the International Trade and Capital Flows Unit at the Swiss National Bank, with whom Ghironi has been working this fall to develop a research program on the intersection between international trade and macroeconomics.

According to Ghironi, research into the nexus of international trade and macroeconomics started taking off in the early 2000’s, and has experienced fast growth in popularity since then. At about this time Ghironi and colleague Marc Melitz, David A. Wells Professor of Political Economy at Harvard University, were among the few people conducting research in this area. The model they developed in 2005 (International Trade and Macroeconomic Dynamics with Heterogeneous Firms, Quarterly Journal of Economics, 120: 865-915) has become a standard reference in this literature.

As a result of this popularity, research conferences in international trade and macroeconomics attract large numbers of submissions from outstanding scholars at all levels of seniority, and many dissertations have been written on the topic. Since 2010, the National Bureau of Economic Research (NBER) Summer Institute has been featuring a session on International Trade and Macroeconomics, co-organized by Ghironi. Last December, Ghironi co-organized a conference hosted by the Bank of England, supported also by the Centre for Economic Policy Research (CEPR), the Centre for Macroeconomics, the Institute for New Economic Thinking, and the University of Cambridge, which attracted more than 100 submissions.

The inaugural research conference for CEBRA’s ITM program, which will be organized by Ghironi and CEBRA colleagues, will be held in 2016 at the Bank of Lithuania.